Berkeley, CA  January 23, 2023- Covenant Winery, which highlights appellation driven wines from California and Israel, kicks off its 20th anniversary celebration on Sunday, February 5th at City Winery from 2:30 PM to 5 PM in New York City with a jazz concert led by winery founder and proprietor, Jeff Morgan, and friends.  Celebrating the 20th marker of their first vintage, the winery is an urban destination located in Berkeley, California's exciting Gilman District, home to wineries, breweries and distilleries offering visitors a full California wine appellational experience, along with releases from the company's Israeli portfolio. 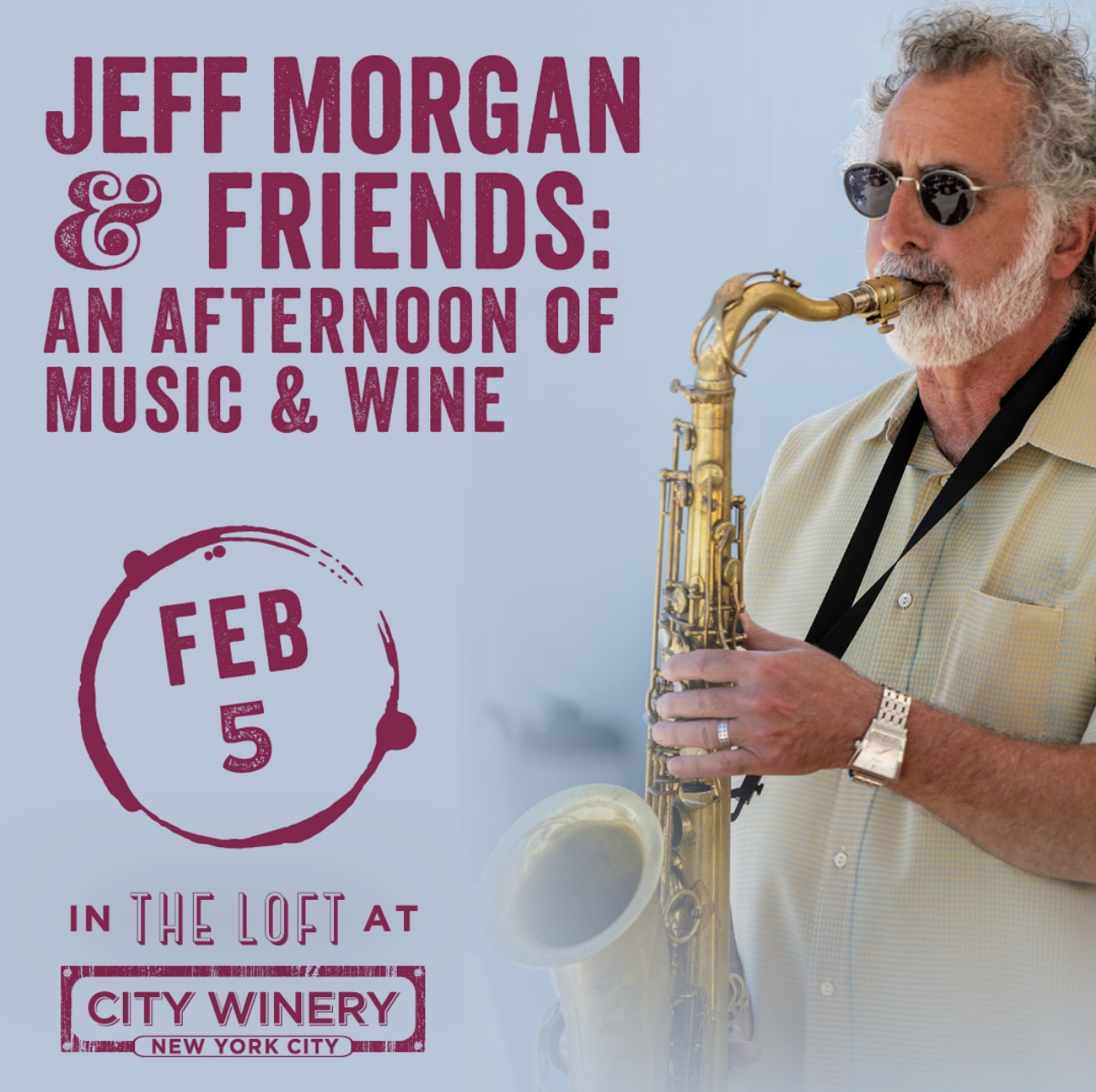 Morgan owns the Covenant winery with his wife and CEO Jodie and has a deep history with music as a performer, specifically as a saxophone player. After a formal education at the French National Music Conservatory in Nice, France Jeff became a co-band leader for the house band in Monte Carlo at Prince Rainier’s Grand Casino in Monaco.   He took a hiatus from playing music for the last 25 years, but because of the pandemic, he had some time on his hands and returned to his saxophone again. After a full year of practice and hosting  a summer concert series in 2022 at the Tasting Patio of their urban winery, Jeff has regained his playing chops.

The wines of Covenant have received wide international acclaim and the Morgans have collaborated on ten cookbooks together, refining the approach to food and wine pairing.   Elegant and approachable, books such as the Covenant Kitchen, the Dean & Deluca cookbook and the Domaine Chandon cookbook have delighted foodies with their fresh, ingredient driven recipes.  Their informed and no-nonsense food pairings take the guesswork out of entertaining challenges, allowing the chef to relax and enjoy the journey of cooking and wine pairing.

The concert will feature a walk around wine tasting with food pairings, and doors open at 2:30 PM, with the concert kicking off at 3:30 PM.   Tickets can be purchased here.  City Winery NYC is located at 25 Eleventh Avenue at 15th Street in Manhattan, NY.

2023 will feature a number of special events, tastings and celebrations commemorating the family-owned winery's achievements.   Stay tuned for more details by following the winery on Instagram @CovenantWines or signing up for one of several winery clubs at www.covenantwines.com or emailing wine@covenantwines.com.

For images, interviews, and information, please contact Kimberly Charles of Charles Communications Associates at 415-730-0064 or kcharles@charlescomm.com.