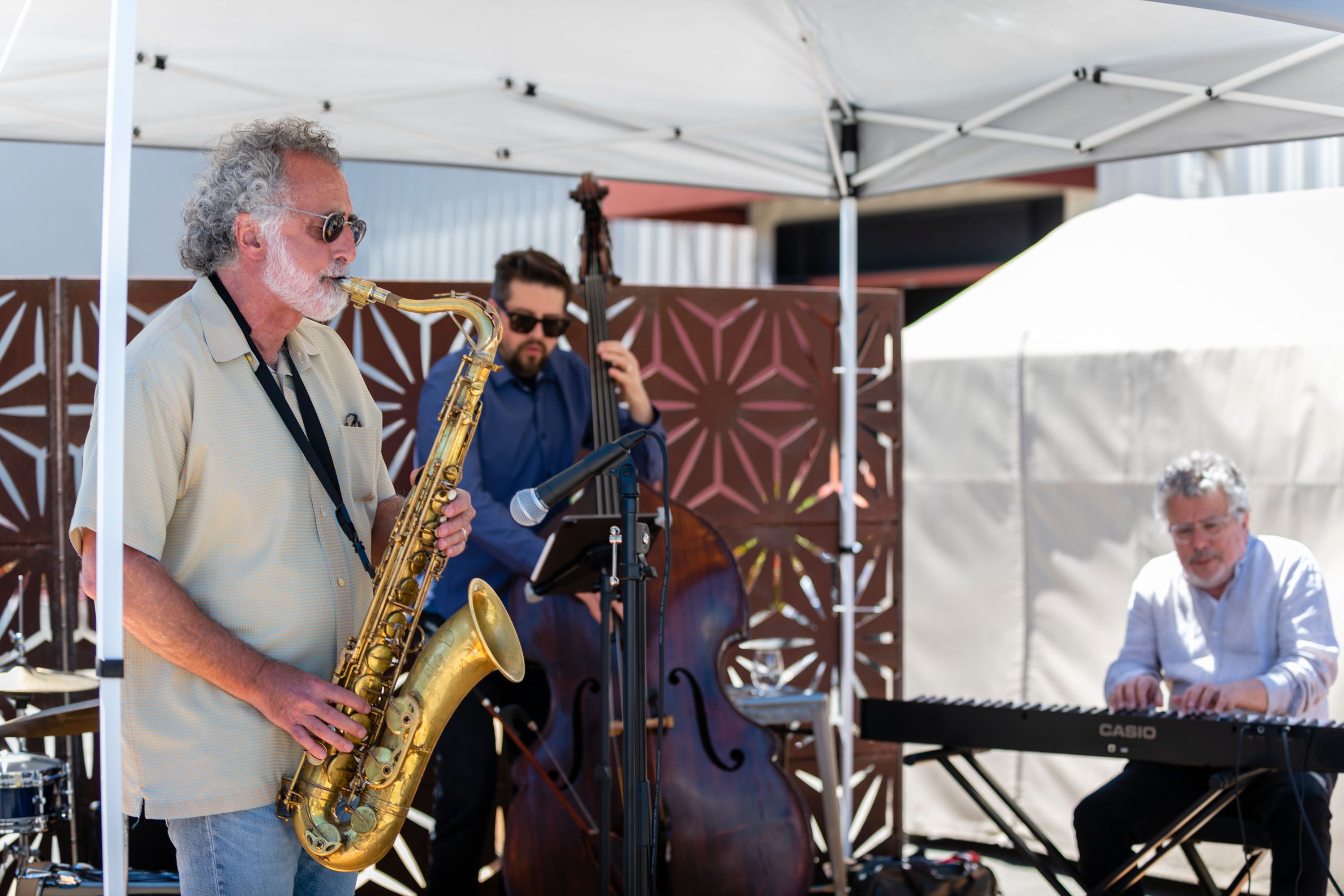 Berkeley, CA  July 2022- The Covenant Winery Summer Music Series, which kicked off on Memorial Day weekend in Berkeley at their Sixth Street winery, continues through July with four concerts, July 3, 10, 17 and 24.  Showcased at the winery's new outdoor tasting lounge, fans of wine and music can enjoy the vibe of the Berkeley Drinks District, while sipping a nice array of California and Israeli wines.

Covenant founding winemaker Jeff Morgan, who owns the winery with his wife and CEO Jodie, has a deep history with music as a performer, specifically as a saxophone player. After a formal education at the French National Music Conservatory in Nice, France Jeff became a co-band leader for the house band in Monte Carlo at Prince Rainier’s Grand Casino in Monaco.   He took a hiatus from playing music for the last 25 years, but  during the recent Covid pandemic, he had some time on his hands and returned to his saxophone again. Today, a year later, Jeff has regained his playing chops. His funk band, Free Run, will perform July 17th and 24th this month.

Other bands to be featured in the music series include Dave Eagle's Brazilian Trio de D and the original rock band, Felsen, with all musicians hailing from the Bay Area. For the complete Covenant Winery concert schedule, go to https://www.exploretock.com/covenant-wines/event/342902/summer-concert-series.  Performances take place between 2 p.m. and 5 p.m. on Sundays. Tickets can be purchased in advance, and $20 will get you a glass of wine (choice of white, rose or red), light snacks and concert admission.  Advance reservations can be made at wine@covenantwines.com.

Covenant Winery is located at 1102 Sixth St. in Berkeley, California.

For images, interviews and information, please contact Kimberly Charles at 415-730-0064 or kcharles@charlescomm.com.