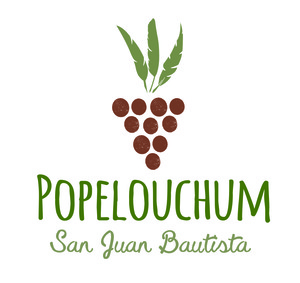 San Juan Bautista, CA (July 21, 2015) – After a successful 35-year career of wine business disruption, Randall Grahm, owner and winemaker at Bonny Doon Vineyard, is poised for his next innovation, the realization of a long held dream to establish a living lab of a vineyard at Popelouchum, his 400-acre estate located just outside the historic town of San Juan Bautista in San Benito County in California’s northern Central Coast. Announced (appropriately) on a day in the Biodynamic planting calendar when it is optimum for sowing and planting root crops and flowers, Grahm is launching an IndieGoGo crowdfunding campaign to raise $350,000. Entitled Popelouchum – The Project the aim is to undertake an ambitious breeding project of 10,000 new grape varieties onsite. After a thorough study in 2010 of the property by noted French soil scientists Claude Bourguignon and Lydia Gabucci-Bourguignon, and in response to a changing climate, Grahm has an optimistic vision to undertake in his words, “the discovery of a new grand cru in the new world.”

In many ways the summation of Grahm’s life’s work (on both the viticultural and vinification sides of the winemaking equation), he is envisioning planting a vineyard not dictated by spreadsheets and statistical analysis, but rather one that takes a long view to breed varieties with the innate ability to fight drought and disease pressures in a living laboratory. Grahm is inviting contributors to “Join him on a journey of discovery to change the way we grow grapes, to change the way we think about vineyards, to perhaps discover an entirely new vinous expression.” He states, “This initiative with its innovative methodology is intended to create a powerful model of true sustainability for the California wine industry.” Due to primarily high land prices and borrowed money for vineyard development, most growers rely on high inputs (fertilization, irrigation, denser vineyard plantations, and highly productive vines) to seek higher grape yields. The model that Grahm is proposing is one of fewer inputs (no trellises, end-posts, irrigation, wider vine spacing), and lower output (i.e. lower tonnage due to dry-farming), with significantly higher wine quality as a result.

With support from the crowd-funding campaign, a major goal of the endeavor would be to establish a 501(c)3 status which would allow for crowd sharing with the community at large, the findings of the project over  the arc of a decade’s time.  The catalogue of discovery would be shared with others who want to pursue a similar path. “I'm looking to change the wine industry in a big way. It is part of my life's work to continue to push the boundaries of this very conservative business. I am seeking funds to potentially leave a rich legacy for the next generation of grape growers and wine drinkers.” The campaign has early support from industry leaders and academia, and it will run from July 21 (when it launched at 6:23 AM P.S.T.) for 31 days.  Contributors from levels starting at $5 to $5,000 will have the chance to earn rewards ranging from limited edition artwork and books signed by Grahm to having grape varieties named after them as well as enjoy events on the property pending the level of commitment. The biodiverse, dramatically beautiful property will include gardens and olive trees in addition to the vineyard plantings.


About Popelouchum
"Popelouchum” is the Native American Mutsun people’s name for their historical settlement, located near San Juan Bautista between the Gabilan Mountains and Flint Hills.  The word can be translated as “village” and also, accurately enough, as “paradise.”  It was considered a sacred place, and was subsequently settled by the padres, who established a Mission nearby, known by many in popular culture to be site of the church featured in Alfred Hitchcock’s film, Vertigo. The nearby town today is a witness to history with a beautifully preserved square surrounded that is the only original Spanish plaza remaining in California to this day. In Grahm’s words, “I first saw Popelouchum in my dreams before I observed it in ‘ordinary reality.’ It’s where my legacy can live on long after I’m gone.”

About Randall Grahm
After graduating from UC Davis with a degree in Plant Science in 1979, Grahm purchased property in the Santa Cruz Mountains and founded Bonny Doon Vineyard. He has been a tireless champion of Rhône grape varieties in the Central Coast since the inaugural vintage (1984) of Le Cigare Volant.

In 1989 he appeared on the cover of the Wine Spectator magazine, anointed as “The Rhône Ranger,” a moniker that has followed him ever since. Randall was named the Wine and Spirits Professional of the Year by the James Beard Foundation in 1994.  The University of California Press published his award-winning book, “Been Doon So Long: A Randall Grahm Vinthology” in 2009.  In 2010, the Culinary Institute of America inducted him into the Vintner’s Hall of Fame.  He lives in Santa Cruz with his family and thesaurus.

About the campaign
To contribute to the campaign or learn more about the project, please visit http://igg.me/at/GrahmCru follow the social media campaign on Twitter at #grahmcru or Facebook at Popelouchum Winery & Vineyard. For media interviews please contact Kimberly Charles of Charles Communications Associates at kcharles@charlescomm.com or 415|730-0064 or Alexandra Fondren at alex@charlescomm.com 760|473-6190.